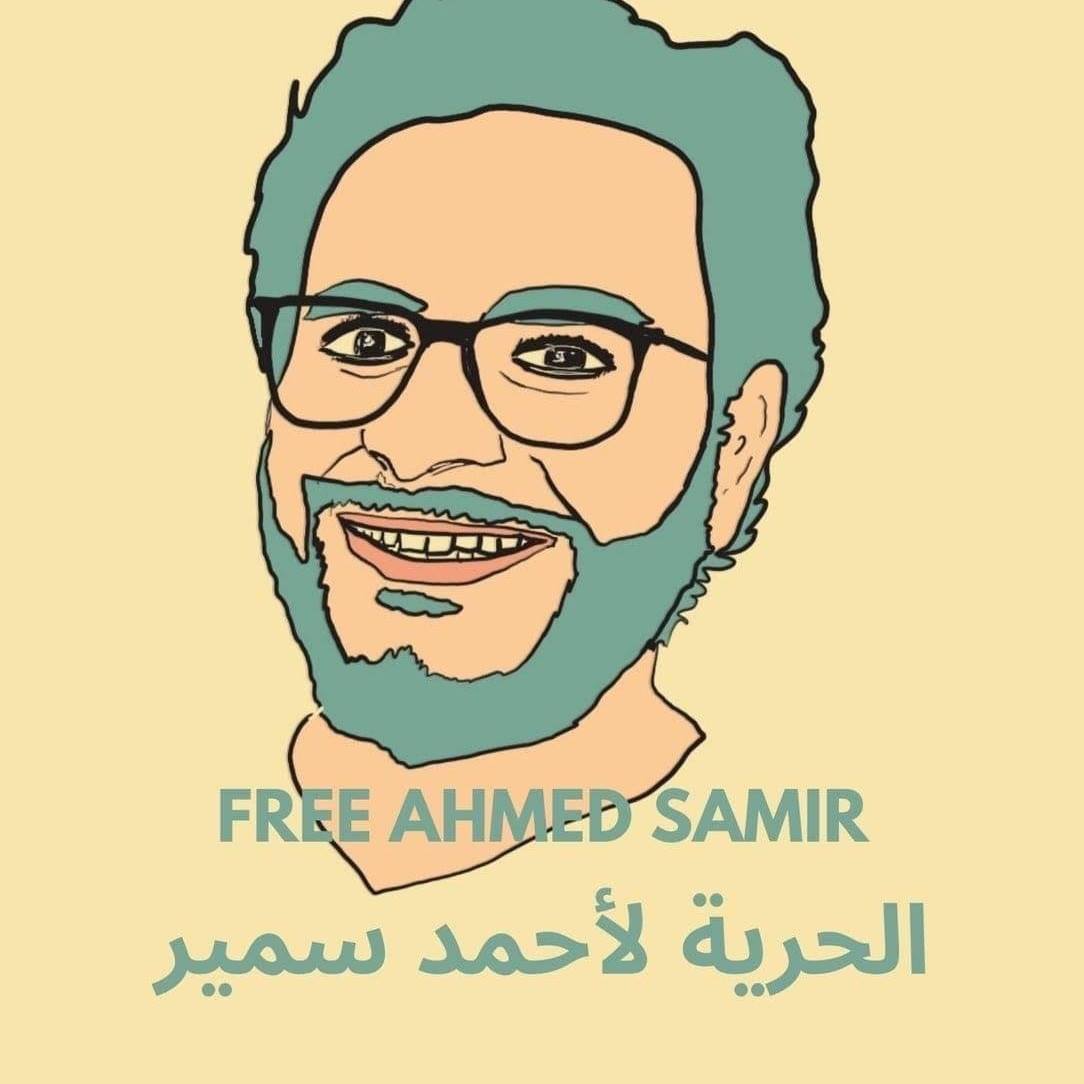 The undersigned organizations condemn the referral of researcher Ahmed Samir Santawy, a master’s student at the Central European University in Austria (CEU), to the urgent trial before the Emergency Supreme State Security Court, in Case 774/2021. The undersigned organizations demand closing this case, and releasing Santawy immediately, so that he can resume his studies.

The first session of Santawy’s trial will be held today, at the headquarters of the New Cairo Court, just 10 days after being presented for the first time before the Supreme State Security Prosecution, which summoned him on May 22, to be investigated in a new Supreme State Security Case 877/2021. The Prosecution accused him of joining a terrorist group with knowledge of its purposes, publishing and broadcasting false news and statements from abroad that would harm security and public order. The prosecution confronted Santawy with reports claiming that he runs an account on Facebook, where he published posts that the prosecution considers false news. Santawy denied his connection to this account.

The Emergency Supreme State Security Court is an exceptional court, to which defendants are referred while the state of emergency is in effect, and its verdicts cannot be appealed. Egyptian and international human rights organizations criticize the use of pretrial detention as a punishment for expressing opinions and demand the release of those accused in opinion cases. But instead the prosecution responded to these demands in the Santawy case, by substituting his pretrial detention with an exceptional trial, thus depriving him of the right to a fair trial. Santawy’s lawyers still do not have access to the case papers or know the referral materials, while these charges could lead to Santawy’s imprisonment for up to five years.

It is reported that Santawy is still imprisoned in connection with another case, (65/2021), since 4 months ago, on similar charges. The Supreme State Security Prosecution’s conduct towards Santawy seems to be vengeful, because of his research work on issues of gender and women’s rights. It should be noted that the State Security Prosecution began investigating Santawy in the second case, only one day after he was assaulted by the deputy warden of Torah Prison. He was subjected to previous assaults during his enforced disappearance for nearly 15 days, before he first appeared before the prosecution on February 6, 2021.

The signatory organizations stress that the case in which Ahmed Samir Santawy is being tried before the Emergency Supreme State Security Court should be closed, and the investigation with him should be suspended with an immediate and unconditional release.